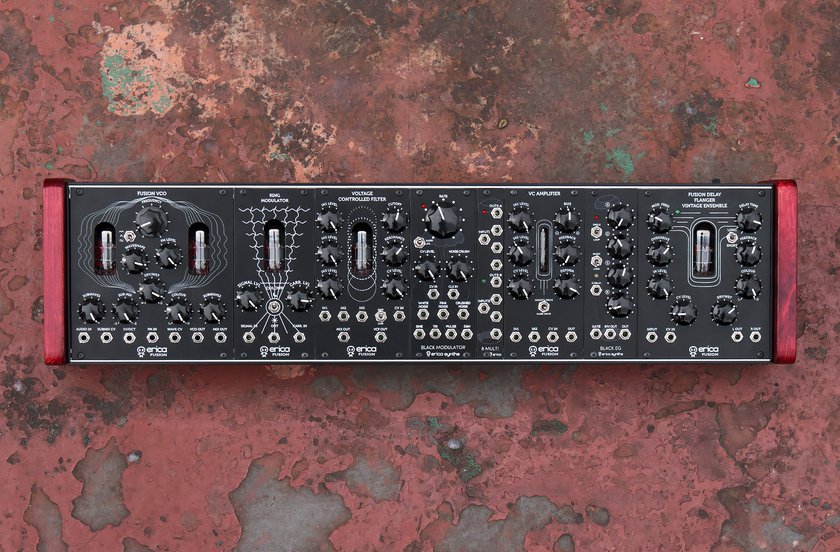 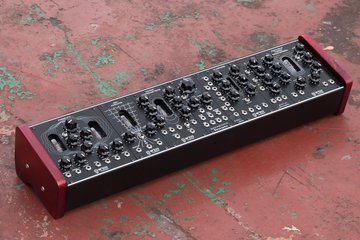 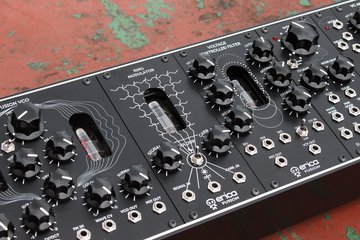 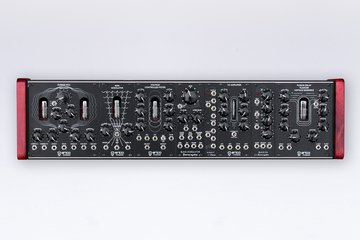 + VAT for customers in EU without EU VAT registration number + shipping
Erica Synths Fusion Drone System is here for those, who want to explore the dark territories of the sound, where only few have stepped in.

Vacuum tube based Erica Synths Fusion Series modules are the basis for this system, while Black Modulator and Black Envelope Generator add plenty of modulation and noise generation possibilities. It has 43 patchpoints for extensive experiments in sound design, all analogue signal and CV path to create the drones of massive power. Want a solid bassline with great 1V/oct tracking? Use CV/Gate sequencer or keyboard and you have it! Erica Synths Fusion Drone System brings distinct and powerful sound into eurorack.

Molten tube warmth makes this Erica system a sonic force of nature. In many ways, this system would be ideal for those looking to understand the basics of synthesis—and I mean synthesis in general, not just the modular kind. It's laid out logically, following the traditional synthesiser signal flow from left to right across the system. - Resident Advisor

Would I build a setup around valve modules? I was expecting to say no, but having spent time with the Fusion setup I’m surprised to say I actually would. It’s distinctive, it’s versatile, but more importantly it’s fun. Music has always been about philosophies and aesthetic choices; Erica understand that and offer something fantastically different with the Fusion series. These are not sterile, surgical tools. Far from it. And they’re all the better for that. - Attack Magazine 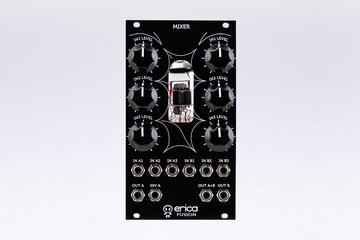 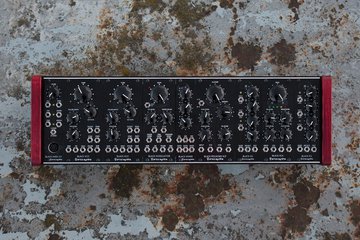