Who will play the third edition of live electronic music festival organized by Erica Synths? 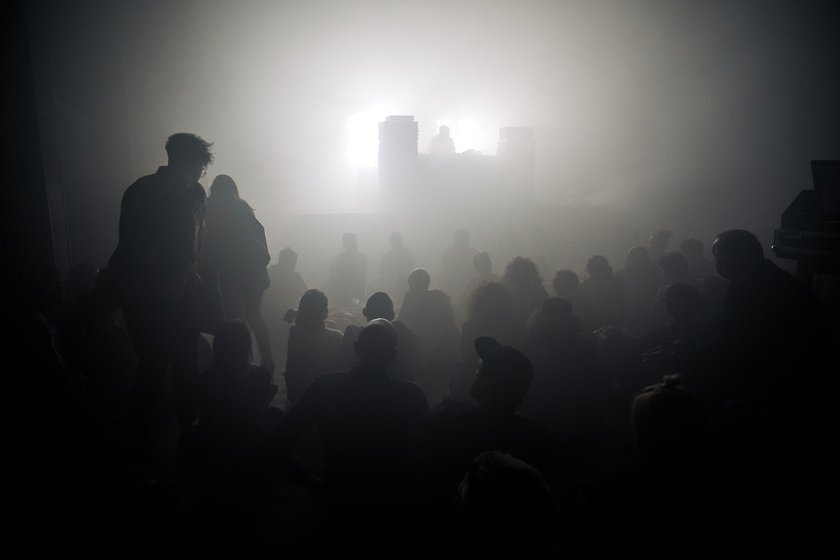 Kevin Richard Martin presents Sirens: ''A blazing passage of bass and dub sirens, an absolute and crushing bass – seconds become hours, and hours become seconds; Sirens somehow creates a sense of time that is without anchor and is foggy in a way that is profoundly unique''. Martin also known as The Bug is a prolific British musician and record producer known for his full-scale mastery of sonic intensity.

TM404: while some collect records, Andreas Tilliander collects Roland machines. They’re the only instruments he uses to make acid- and dub-tinged music as TM404. This setup is certainly a show, depending on the situation, a live PA could be chilled out and dubby or full on acid techno.

Layne: she composes field recordings, abstract auditory textures, and rhythmic concrète churns into a hypnotic aural terrain reminiscent of the inceptive work from her seminal female forebears in experimental electronics. Released by O'Connor's label Downwards she is also a collaborator of the legendary Suzanne Ciani and will present a new live set on her Buchla synthesizer.

Mesak: hailing from the ground zero of modern Finnish electronic music, both mentally and geographically, he is a key figure in the 90s electro scene in Finland. His electro bangers by Mr Velcro Fastener always have been cult for the tastemakers in the scene and with his Mesak moniker he is an integral contributor and artist within the label catalogue of the Dutch Electro and Techno label Klakson run by Dexter and Berghain resident Steffi.

Get your blind-bird ticket now!

The stock is limited, act fast!