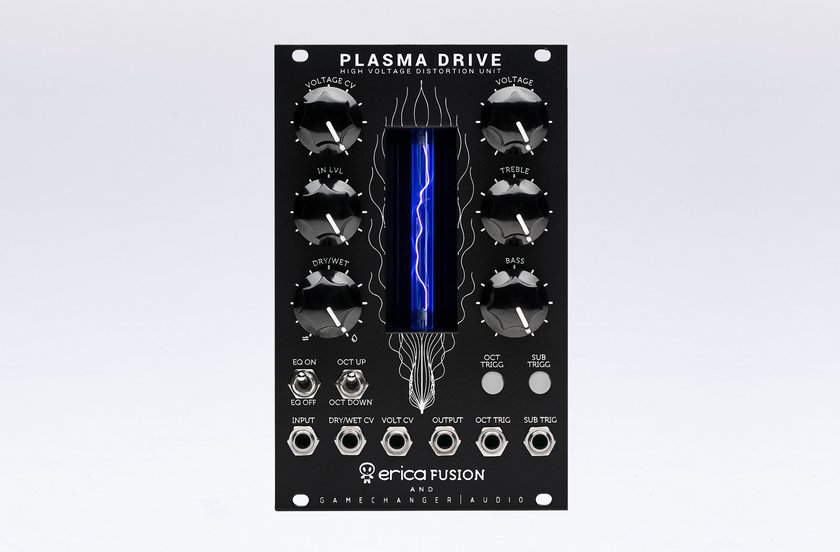 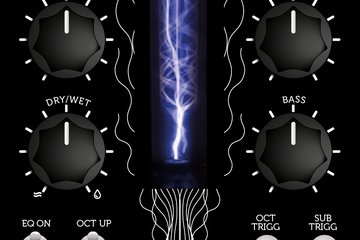 Gamechanger Audio (www.gamechangeraudio.com) is Latvian company committed to exploring the uncharted territories of music electronics and creating devices that provide real value while stretching the imagination of both musicians and engineers. In their Plasma Pedal they managed to combine Tesla coil with a lots of Rock and Roll and the result is one of the worlds heaviest sounds with plenty of unique features and the potential to become the new standard of distortion.

Similar as Plasma Pedal, Plasma Drive gives you a new and previously unexplored method of achieving signal clipping. Instead of using LED circuits, transistors or vacuum tubes to produce overdrive, the Plasma Drive boosts audio signal to 3000V and transforms it into a series of continuous high-voltage discharges in a xenon-filled tube. In essence – you are playing a lightning bolt of electricity, and the electrical discharges produced by your instrument are instantly converted back into an analogue audio signal, producing a quick, responsive, and extremely heavy distortion with tons of unique character!

The eurorack module Plasma Drive brings sounds of the Plasma Pedal to the next level. As per eurorack standards we added CV control over distortion level and dry/wet mix, as well as octave up and 1 and 2 octaves down tracking oscillators that add even more harmonics to the original signal. Tracking oscillators can be switched on/off manually or via trigger signals. The Plasma Drive module is powered via conventional eurorack PSU ribbon cable and the power consumption is around 150mA.

NB! The module is 50 mm deep because of the shielding!

A worthy asset for all metal & noise fans! - C't Magazin

Here is Erica Synths and impressive new member of the Fusion series, the concept is unique and the distortion - very good sounding. With the Plasma Drive, audio is converted to 3000 volts and not only this looks good, but also brings a new sound facet to the eurorack. - Bonedo 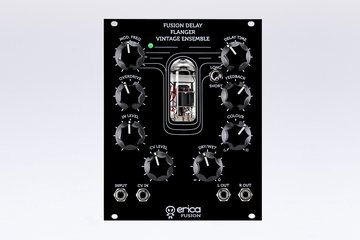 Erica Synths Fusion Delay/Flanger/Vintage Ensemble module is a distinct multifunctional analogue effects module that combines BBD chip based effects with an adjustable tube overdrive in the delay output and a feedback path for extra thickness of the sound. 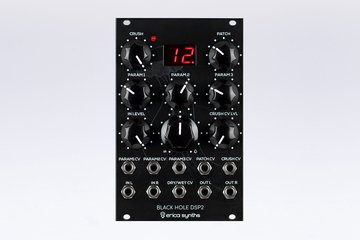 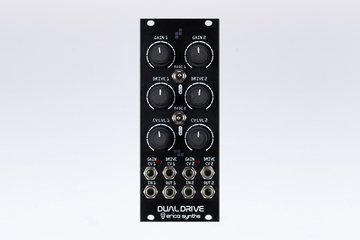 For extreme, distorted drums Dual Drive module is a must! The module features two identical overdrive sections with adjustable Gain and Drive level, each with three flavors of overdrive. CV control over Gain and Drive adds more expression, while built in limiter prevents output signal to run into undesired clipping. Furthermore, the output of the first section is normalled to the input of the second, so you automatically get extreme, versatile dual overdrive circuit. The module can be used in the stereo appliations as well and it's not limited for drums only - it will turn any sound source into roaring monster. 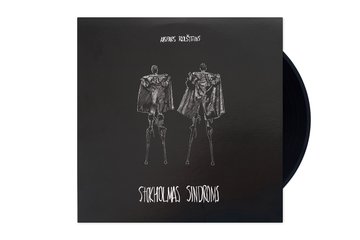